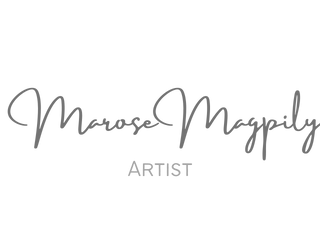 The oncology fellow on duty asked if my doctor had told me what stage of cancer I had. I shrugged and replied, “No.” I was at my first session of chemotherapy and no one up to that point had in actual words told me that I have or ever had cancer – not my oncologist, not my surgeon, and not even my mother who herself is a medical doctor. So if you ask me, I will tell you in all honesty, I’m not really sure either.

Possibly this can be explained by the words “borderline”, “potentially” and “probably” floating about in my medical records. Maybe nobody really is sure.

It all began in April with a routine abdominal ultrasound. My mother – a medical doctor, as I mentioned – insists that I have one done yearly. Thankfully so, because being self-employed no one really requires me to get a regular medical checkup. This latest one was now 2 years overdue because of the Covid-19 pandemic.

The scan revealed an enlargement of a previously diagnosed myoma, and something new – a cyst on my right ovary. A follow-up scan later in May confirmed the diagnosis, and a consult with an obstetric surgeon had me scheduled for a surgery to remove my right ovary and the myoma two weeks later in June.

“Did you ever feel off or anything?” you might ask.

I felt fine. Except that, a few days prior to my monthly menses, I started to sometimes feel a shooting pain going down from my butt to my inner thigh, and I also had an increased period flow (more likely attributable to my myoma). I’d never in all my years experienced pre-menstrual pain so I dismissed this as something that comes with growing older and just PMS catching up with me. But I guess that wasn’t it.

Come June, a week before my surgery – and as if I didn’t already have enough to deal with – I noticed Oshin my dog was lethargic and had a reduced appetite. He had a fever. I started him on antibiotics and supplements. This combined with antifever medication gave him relief and he was able to eat. I was hopeful he was on the mend so that I could check into the hospital without having to worry about him.

On the next Sunday, I finished with the last of my dog training classes, having previously informed my students that we wouldn’t be meeting for two weekends. In the afternoon, I headed to the hospital accompanied by my mom. My brother would be staying at the house to watch over Oshin and my other pets.

Day of the Surgery

The next day, around 1pm, after all the pre-operative preparations were completed, I was on a bed and wheeled out of my room and down to a waiting/recovery room for patients heading into and coming out of surgery.

I was surprisingly calm as I lay there and waited. I wondered how terribly frightening this experience must be for animal patients who do not have the benefit of understanding what is going on. I reminded myself to keep this in mind for whenever I treat a patient and he/she acts out in fear.

Close to 2pm, I started to feel like I might need to pee. Several times a nurse, sometimes a doctor, came to verify my name and birthdate and the procedure to be done on me, as well as my doctors’ name. Another nurse came to put on my anti-embolism stockings.

I closed my eyes and tried to sleep, but before long another nurse came to ask me some questions. At last, 3:00pm. I was wheeled into the operating room. The anesthesiologist came in and greeted me (We earlier discovered he was my brother’s friend and my dad’s former student) . I was told to scoot onto the operating bed. There were about 6 to 8 other people in the room.

I don’t remember all the details and the exact order of things. The anesthesiologist strapped a blood pressure monitor onto my arm and someone else attached some monitoring nodes onto my chest. The doctor then gave me instructions to roll onto my side into a fetal position so that he could insert the epidural catheter. He told me he’ll be giving me the sedation soon.

Some of the last things I remember before going under is the doctor removing my kn95 mask and putting an oxygen mask over my face. At some point he asked me if I could feel ‘this’ – a probe pressed against my abdomen. I responded. Vaguely, I recall a cover going up over my chest to block my view of the abdominal surgical site. Things pretty much were blank after that.

Next thing I know, I was being wheeled back into the recovery room. I think it was around 6 or 7pm. My legs felt like lifeless logs. I could tell they were there but they were deadweight at this point.

The anesthesiologist came and asked how I was doing. He leaned in with his cellphone to take a photo of us so he could show it to my brother. Barely out of sedation, I smiled and gave a thumbs up for the camera.

The doctor said I would be wheeled back to my room as soon as I could move my legs again and then he said his goodbyes. I did my best to will my legs back to mobility as soon as possible. I was worried that my dad who was waiting with my mom might stay in the hospital until I got out of recovery and back to my room. The dogs would have to suffer being unsupervised and unfed until he and my brother came home. I was worried for Oshin.

I may or may not have dozed off to sleep. At some point, I woke to the sound of a baby crying. A mom with her newborn had been wheeled in beside me. Some feeling was beginning to creep back into my right leg, I could feel the bed sheet against my skin, but I still couldn’t move a muscle.

By 8pm I could wiggle my toes. By 9pm I could lift my legs. Another hour would pass before a nurse came to see to my release from the recovery area. I was told to scoot onto another bed. Painfully, I did as instructed. The pain in my abdomen was sharp when I moved, tolerable when I was still. I asked for my Covid mask. The nurse found it under the covers. Finally, I was wheeled back to my room where my mom was waiting.

July 1. Thursday. After 2 more nights at the hospital, I was able to stand up and slowly waddle about my hospital room. My bladder and bowel movements were normal. I was cleared to go home.

For me, this meant coming home to a sick dog who I had to painfully and at the risk of my stitches coming undone chase about and handle to administer medication and force feed. Nobody else in the family could manage Oshin, especially since he was a new and untrained rescue. His fever had come back and he wasn’t responding to the antibiotics. I decided it would be best to seek the help of a colleague, so I asked my brother to take him to my friend’s clinic the next day to get some tests done and to seek their medical opinion on my dog’s condition.

Thankfully, I recovered without complications, and my surgical wound healed quite nicely over the next week. An abdominal binder helped support my midsection and made moving about less painful.

A week after my surgery, both Oshin and I had follow-ups scheduled with our doctors. My brother dropped my mom and I off at the hospital, then proceeded with Oshin to the vet clinic.

Oshin was issued new antibiotics. A week later, he would be well on his way to a full recovery. Good news, at least, for him.

I, on the other hand, was advised it would be best for me to see an oncologist. I was annoyed. I had been hopeful that this would be the end of all these hospital visits and all these tests. But the histopathology result did not convince the surgeon that I was in the clear. An appointment with an oncologist was scheduled for the next day.

It’s July 8. Two days before my birthday. “Borderline” it read on the histopathology report. Meaning potentially malignant. Meaning potentially cancer. But also potentially benign. And even though the cyst had been successfully removed, there was still a chance that, if malignant, some microscopic cells might still be present that could seed in other places in my body and reveal themselves at a later time.

The oncologist advised that to be sure I was cleared of any of these microscopic cells that may or may not be present, and that may or may not be malignant, I would have to do chemotherapy. It is, essentially, a precautionary measure, and a very expensive and physically and mentally taxing one at that, for a disease that I might or might not have.

But, upon discussing it with my doctor parents and upon seeing if the cost was manageable, it was decided that it would be best to act in favor of caution rather than have something come up down the line and then regretting that I hadn’t taken earlier action.

So, here I am now, four cycles in and two more to go as of writing this. I will tell you more about the chemotherapy experience another time, and I thank you for indulging my telling of this long story.

I’d been debating whether or not to write this all down and share it. But I didn’t want to forget. Also, since I am writing this in October and it’s Breast Cancer Awareness Month, my story – related to women’s health -seems relevant and might even be useful to hear for someone going through something similar.

Some people get weird and some want to avoid talking, hearing or reading about cancer or disease in general. I think, to some extent, I might have been one of those people, too. Now, finding myself on the other side of things, I know I’d much rather have a conversation about it instead of people being awkward around me and avoiding the topic. I think the same goes for most cancer patients. So if you see me, talk to me, ask me questions about the chemotherapy if you have any.

Anyway, I hope you learned something from reading about my experience. As I mentioned, I’ll talk a bit more about what goes on during chemo in future posts. And I’ll share with you how, because of chemo, I’ve actually been able to get more art work and writing done these past months than I have in a long time.

As always, you can get in touch with me by emailing hello@marosemagpily.com if you want to share your thoughts or have questions, and you can sign up to my newsletter so you can be up to date as soon as I post anything new.

I’ll talk to you again soon! Meanwhile here’s About-to-be-Chemo-Bald Me from some months ago when my hair loss* was starting. Bald Me reveal next time!😄